Make your career an “expression of who you are,” Gloria Epstein tells young lawyers 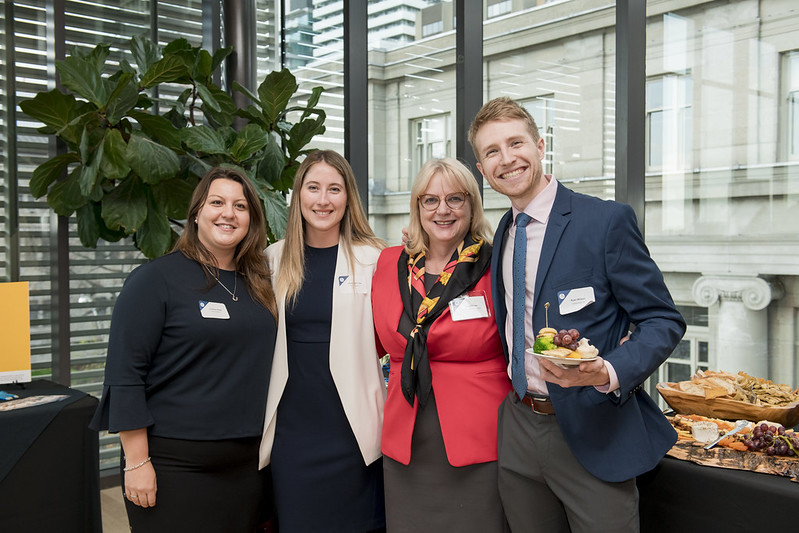 “A calling is not some fully formed thing you find,” Gloria Epstein told a packed house at the Ontario Bar Association’s Young Lawyers Gala. “It is much more dynamic.”

The former Ontario Court of Appeal justice was the keynote speaker at the annual gala held at the Gardiner Museum. Epstein gave a joke-laden but moving speech, which covered much of her long career. “I get to talk about my most favourite topic of all, which, of course, is me,” she joked at the start.

In 1972, Epstein graduated with a bachelor of commerce from Queen’s University. She decided — unusually — to buy a fishing camp in northern Ontario. What followed, she told the audience of young lawyers, were 100-hour work weeks where she ran the camp, cooked, bartended, washed laundry by hand and even pulled a snake out of a water pump.

“Given how hard it was, and I really can’t tell you how hard is was running that fishing camp, I decided to do something easy,” she said. “So I wrote my LSATs, went to U of T law and had two kids.”

She became one of the few female corporate litigators at a male-dominated firm — it was “hard then, sadly still hard now” — and then opened her own firm, Gloria Epstein and Associates. “No one did that either, at least no woman, but I was getting used to being a maverick.” She was later appointed to the Ontario Superior Court in 1993, where she ruled that excluding same-sex couples from receiving spousal support was unconstitutional, and to the Ontario Court of Appeal in 2007.

Today, she’s working on a high-profile review of missing-persons cases in Toronto. After the Bruce McArthur murders in the gay village, the city has launched a probe to determine whether systemic bias affects the way police treat cases of missing people in marginalized communities. “It’s given me the opportunity to work with people I used to judge,” she said, including police, members of the LGBTQ+ community, people in Indigenous communities, sex workers and homeless people. “I am now sitting at a table with them and learning from them.”

“More importantly, the review has given me an opportunity to focus exclusively on what I now see as my calling: to make a real difference in the lives of many. I really hope it works out that way. I’m going to give it my best.”

For her parting words, she said that finding one’s calling happens over the course of a career. “Wherever your law degree takes you, and I fully understand it won’t always take you to the practice of law, I suggest you continually look at what you do, how it connects to the bigger picture, and how ultimately it can become an expression of who you are.”