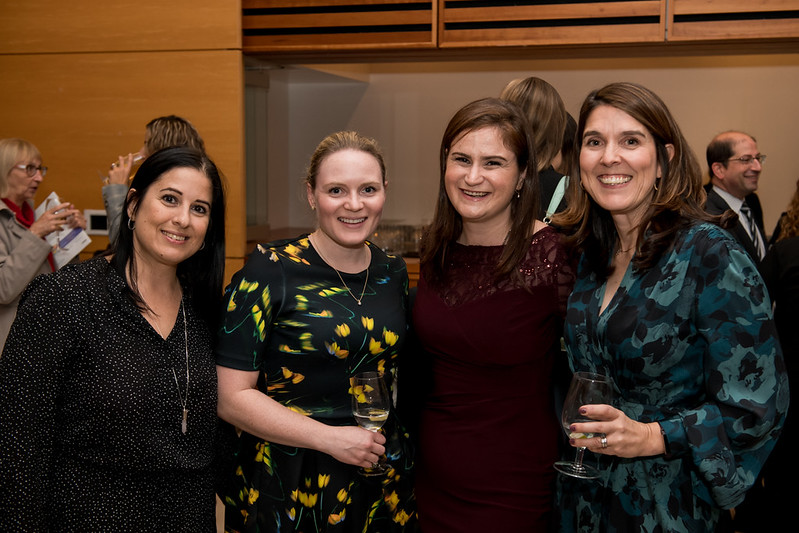 Before 1929, women in Canada were not considered “persons” under the law — and therefore could not be appointed to the Senate and to many other government positions. The Famous Five, a group of women from Alberta, challenged this narrow interpretation of the Constitution. On Oct. 18, 1929, after a long legal battle, they finally won.

The Women’s Legal Education and Action Fund (LEAF) commemorated that milestone with its Persons Day Gala this October. The event, held in the spacious Bram and Bluma Appel Salon at the Toronto Reference Library, ended with an all-female improv performance from Second City. The gala attracted more than 450 guests, with Bay Street partners, judges, labour leaders and government officials making an appearance.

“It’s such a crazy idea to think that less than a hundred years ago, we weren’t considered people,” said Megan Stephens, executive director and general counsel for LEAF, in an interview. “We need to keep thinking about what has come before so we can continue to advocate for the difficult problems that we still face.”

LEAF uses the gala to fundraise for legal interventions in cases involving women’s rights (a ticket costs $240–250). Pro bono lawyers make the legal arguments in court, but LEAF’s staff selects cases for intervention and spearheads background research. The organization is intervening in several cases this year, including R. v Sharma, a case involving conditional sentencing for female Indigenous offenders. They are also intervening in Fraser v Canada (Attorney General) at the Supreme Court of Canada, which was brought forward by former female RCMP officers who argue that they received unequal access to pension benefits.

During the gala, leaders from LEAF spoke about the challenges that still lie ahead. “Although women have been fully enfranchised in this country for 60 years now, we’re still fighting for equal representation in public life,” said Gillian Hnatiw, the chair of LEAF’s board of directors, in a short speech. She said she was delighted to see that 98 women were elected in the October federal election, a new record. “But it’s a bit sobering to realize that they only compose 29 percent of sitting MPs.”

To find out more about LEAF, visit their website.