Stockwoods celebrates 40th anniversary above the Toronto skyline // The Circuit

Founded in 1979, Stockwoods was one of Toronto's first litigation boutiques 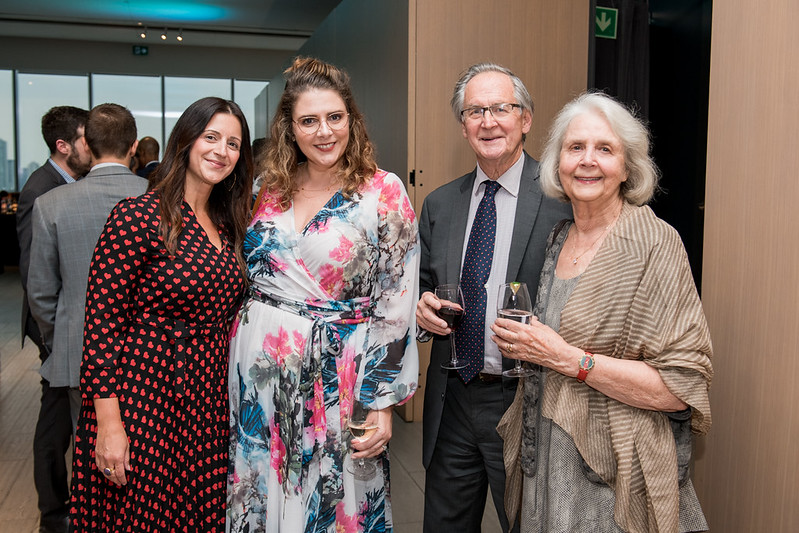 Stockwoods held its 40th Anniversary Celebration this month in a spectacular event space in the Globe and Mail building overlooking Toronto’s east end.

The event celebrated the long history of the civil-litigation firm, which was founded by David Stockwood in 1979. That year, he left Goodman & Goodman (now Goodmans LLP) to start his own practice and, a year later, he joined forces with Nancy J. Spies to form Stockwood Spies. Throughout the next two decades, he and a growing team of lawyers pioneered one of the first litigation boutiques in the city. Today, Stockwoods employs more than 20 lawyers.

At the event, a timeline of the firm’s history, from its founding to the present, ran across a wall. The highlights included David Stockwood’s appearances at the Supreme Court of Canada and the release of the Report of the Walkerton Inquiry in 2002. Stockwood and Brian Gover, a partner at the firm, served as counsel for the inquiry, which investigated a deadly E. coli outbreak in Walkerton, Ont., caused by contaminated drinking water.

Stockwood passed away in 2008, but his vision for the firm lives on. “He saw the need for a litigation boutique in Toronto that could compete with, complement and support big firms,” says Luisa Ritacca, the managing partner at Stockwoods. “I’m very happy that we’ve been able to continue his legacy into its fourth decade.”

At least 200 guests attended the celebration, including former Supreme Court Justice Ian Binnie and members of the Stockwood family. Two live bands, Harrow Fair and Erez Zobary, played later in the evening after a short speech from Ritacca.

“A lot has changed since 1979,” said Ritacca, during her speech. “The one thing that hasn’t, though, is David’s ethos, which was to do great work with fabulous people. And we have so many fabulous people here in the room tonight.”