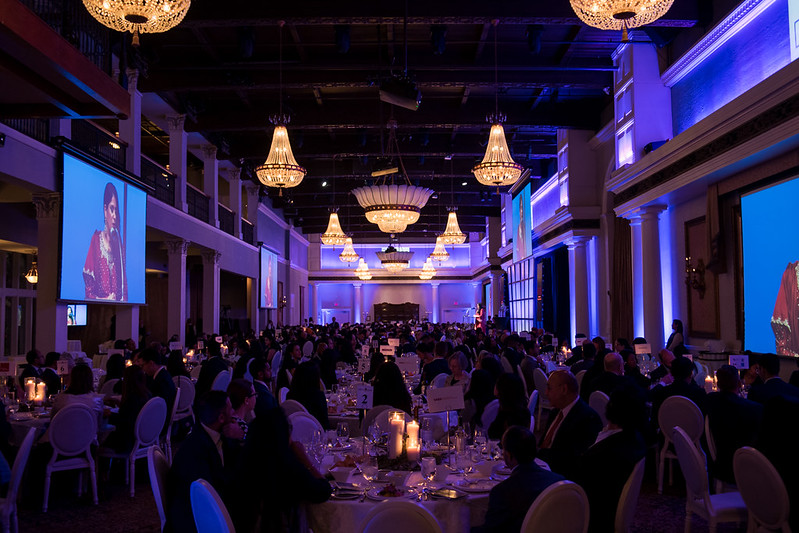 The South Asian Bar Association held its annual gala this November at the magnificent Liberty Grand in Toronto’s west end. Hundreds of guests from Toronto’s legal community attended the event to celebrate the accomplishments of South Asian lawyers this year.

The first guest speaker, Justice Mahmud Jamal from the Ontario Court of Appeal, spoke about the importance of giving back to the community and embracing failure. He said he applied to hundreds of law firms when he started as a lawyer and received “almost as many rejection letters.”

“I’ve always considered the advice of novelist Saul Bellow who, to paraphrase, wrote that the first-class individual subsists on matter they destroy just as the stars do,” said Justice Jamal. “Bellow’s advice was to convert our failures into burnable energy to propel us forward. In my career, I’ve had hundreds of failures converted to burnable energy.”

The keynote speaker was Samantha Nutt, a physician and the founder of War Child Canada. She talked about the lack of access to justice in many countries around the world. “It is not that difficult to find yourself in a prison in Afghanistan if you are a woman. For example, you can be detained for refusing to marry your rapist,” she said. “You can also be arrested for dressing or behaving inappropriately.”

To address the problem, War Child has registered as a law firm in Afghanistan and Uganda with a special focus on defending women and children. Nutt said the simple right to defend themselves in court can make a huge impact. “The world really does need more lawyers,” she said. “In fragile environments, it’s only by creating access to justice that we will move beyond the status quo.”

After the keynote speeches, three lawyers received SABA awards. The President’s Award went to Ranjan Agarwal, a partner at Bennett Jones. The 2019 Legal Excellence Award went to Natasha Bakht, an associate professor at the University of Ottawa’s faculty of law. Finally, the Diversity Award went to Ritu Bhasin, the founder of Bhasin Consulting Inc.

To find out more about the South Asian Bar Association of Toronto, visit their website.