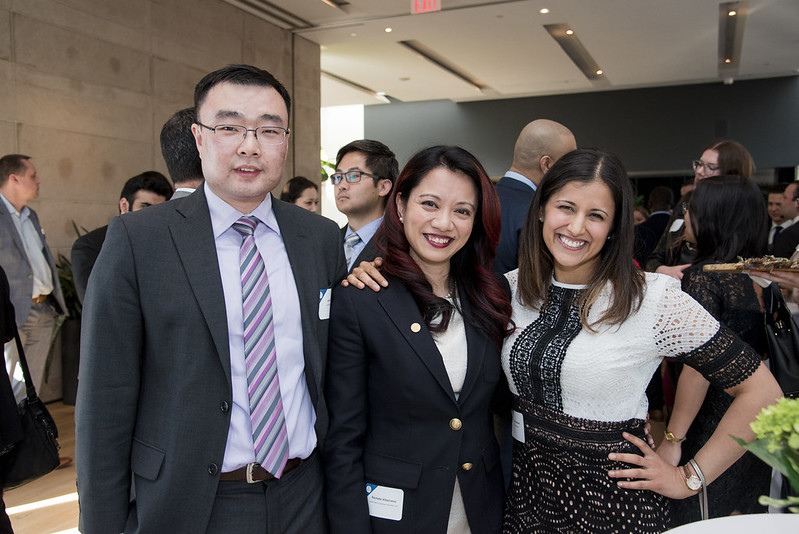 What: The OBA Young Lawyers Gala
Where: The Gardiner Museum, Toronto
When: Wednesday, May 16, 2018

When Jagmeet Singh, the leader of the federal NDP, applied to law school, his father had lost his job. He also had two younger siblings, both of whom had their own goals and aspirations. “I wanted to figure out how I could get into a career that would have some stability,” said Singh, in his keynote speech at the Ontario Bar Association Young Lawyers Gala. In other words: he wanted to provide for them.

It’s no surprise, then, that as a law student at Osgoode Hall, Singh lived with a “survival mindset” — that is, he worried more about building a career that would make ends meet than one he would find meaningful. This led him to consider a career in real-estate law, which he saw as a secure practice area.

But over time, his thinking shifted.

After law school, Singh followed his passions. He practised criminal-defence law at Pinkofskys (now called Rusonik O’Connor Ross Gorham & Angelini LLP). One year later, he opened a firm with his brother. And in 2011, he entered politics and became a Member of Provincial Parliament in Ontario as an NDP. He became the party’s federal leader last October.

In his speech, Singh urged young lawyers to “pursue whatever area of law makes you happier.” That, he assured them, would make their careers rewarding.

“We were inspired by him as a young lawyer who transitioned into politics,” said Heather Douglas, chair of the OBA’s Young Lawyers Division, explaining why the group invited Singh to speak at this year’s gala. “Lawyers have an important part to play in their community — no matter their practice area — and can bring great value to public life. He’s an example of that.”