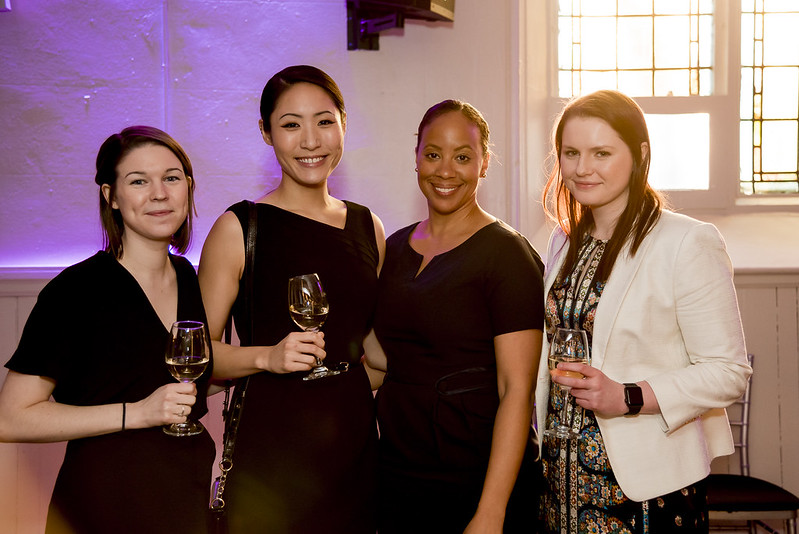 “Each of you has worked very hard to get where you are and you have so much power to change conditions in your workplace,” said Mia Krishner, an actress and co-founder of the #AfterMeToo movement, as she addressed a crowd of 500 young women lawyers. “I don’t think there’s parity in your field right now. There’s certainly not parity in my field, the entertainment industry. I implore you to use your power. Organize yourselves — and don’t back down.”

But the person they were really waiting for was Margaret Atwood, the keynote speaker of the Young Women in Law’s annual charity gala, which raised $45,000 for the #AfterMeToo organization. “We’ve been talking a lot as a board of directors about how we wanted to be involved and show our support for the #MeToo movement,” said Jessie Lamont, the events officer with YWL, in an interview. “So this is really a perfect partnership for us.”

Once Atwood took to the stage, the audience fell silent. “In 1957, the year I entered university, I knew only one woman in law,” she said. “That swelled to two, eventually.”

“By the mid-70’s, things had changed somewhat,” Atwood continued. “I took care to employ female doctors, dentists and lawyers, whenever possible for the simple reason that I knew they’d have to have been twice as good as their male counterparts to make it through school.”

Then came her best line of the evening. “My first real lawyer,” she began, “was a young woman called Rosalie Abella.” It was a name the crowd certainly recognized.

To find out more about Young Women in Law, visit the YWL website.