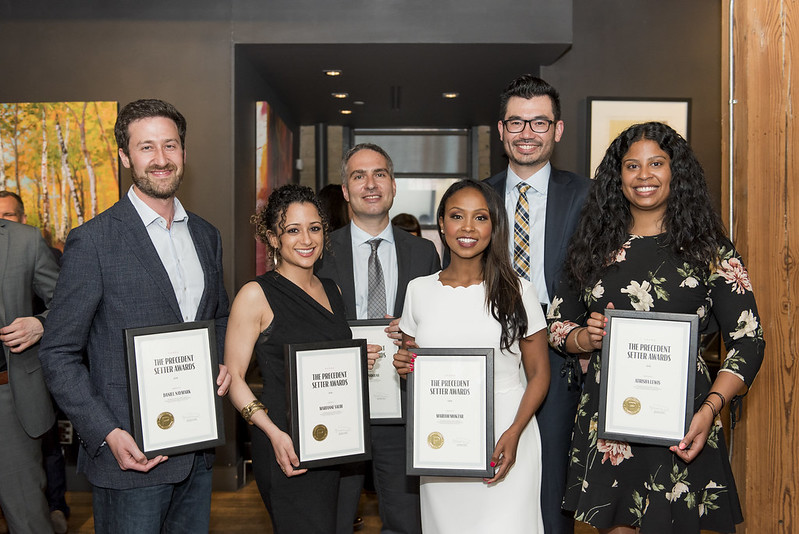 Partner, Rochon Genova LLP
Called to the bar in 2009

Two years after he was called to the bar, Ron Podolny joined McCarthys as an associate, with a focus on class-action defence. But he envied lawyers on the opposite side. “I felt like they were having more fun,” he says. The plaintiff-side litigators built cases from scratch. They had to figure out what went wrong and craft novel arguments. “The process seemed fascinating.” He decided to make a change. Three years later, he joined Siskinds LLP, a plaintiff-side class-action firm. He spearheaded lawsuits in areas like securities, price fixing and product liability. Best of all, the work was creative. “Ron has a keen analytical mind,” says Paul Steep, a partner at McCarthys who once worked alongside Podolny but now battles him in court. “He can take in a lot of case-law and marshal it into an argument.”

Podolny, now 36, sees class actions as a way to make justice accessible. He has represented beekeepers against big agribusiness and everyday investors against banks. “Not many people can afford a lawyer on a billable basis,” says Podolny. “Without class actions, a lot of wrongs would never be remedied.”

Podolny and his wife, Shari Bai-Podolny, a staff physician at CAMH, are classical-music buffs. He sat for six years on the Young Leadership Committee of the Toronto Symphony Orchestra. He’s also an adjunct law professor at the University of Toronto and Osgoode Hall.

In March, he moved to Rochon Genova. He’s now representing the shareholders of an engineering firm that allegedly misrepresented parts of its securities disclosure. “To make this vocation meaningful,” he says, “every lawyer must combine their skill set with their idealism.”