It’s always one of Precedent’s proudest moments — our annual event to celebrate the winners of the Precedent Setter Awards.

And last week, more than 120 lawyers and guests gathered came out to the Spoke Club in downtown Toronto to honour this year’s winners. It’s the sole chance for the legal community in Toronto to congratulate and mingle with all six winners, who, in their first 10 years of practice, are remaking the profession for the better.

“Each year, we receive so many nominations for this award,” said Precedent’s publisher and editor Melissa Kluger. “And from those nominations, we look for lawyers who’ve done outstanding legal work and been active members of their community.”

This year’s winners definitely delivered: they all boast wicked-smart legal minds that have thrust their careers into overdrive. We’d like to extend a big thank-you to our presenting sponsor RainMaker Group and our event sponsors Clear Concept, Deloitte and Laurel Hill Advisory Group. One has sparked a tech revolution in tax law. Another has brought free legal help to hundreds of refugees. And one more kick-started his career by defending gun owners. The winners of this year’s Precedent Setter Awards are a varied bunch. But they all have this: wicked-smart legal minds that have thrust their careers into overdrive. And with an eye to community work, these lawyers are remaking the profession for the better. All in their first 10 years of practice.

Which is why, for their photo shoot, we took them out for brunch at Cluny Bistro & Boulangerie, perhaps the most stunning restaurant in the Distillery District. With its legit Parisian cuisine and elegant design, we could think of no better place to pamper lawyers who deserve a hard-won break.

May we proudly present the lawyers to watch in 2016.

Isfahan Merali, Counsel, Consent and Capacity Board and Bencher, The Law Society of Upper Canada

Check out the behind-the-scenes photos from the photo shoot with the winners! 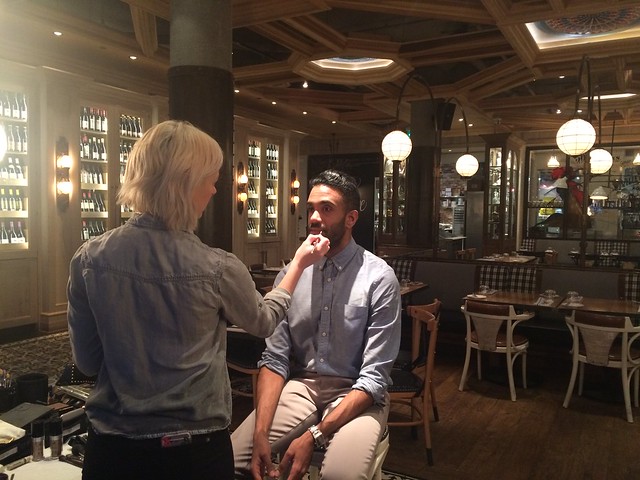 To Solomon Friedman, firing a gun is a way to relax. He took up long-range rifle shooting at 19 years of age, shortly after marrying, having twins and moving to Israel to study Talmudic Law. “It’s like meditation,” he explains. “When shooting, you have to be aware of every movement in your body, down to each breath. That’s very freeing.”

He kept it up through law school, the birth of his third child and his Supreme Court clerkship under Justice Morris Fish. The shooting range is still a weekend haunt for Friedman, now a 30-year-old partner at Edelson Clifford D’Angelo Friedman Barristers LLP, Ottawa’s top criminal firm. But it’s more than his version of a spa weekend: his knowledge of firearms has helped him land clients. How? When gun owners get in legal trouble — for, say, not locking up their firearms properly — they call Friedman. His reputation snowballed and he’s now the go-to expert on firearms law in Canada.

Case in point: in 2013, when the National Firearms Association wanted to challenge the three-year mandatory minimum sentence for possessing a restricted firearm, it hired Friedman. He successfully argued the case before the Supreme Court, which found the mandatory sentence unconstitutional.

Friedman is also a regular talking head on CBC and CTV. Such notoriety has helped him secure major murder and terrorism files. His firm’s founder, Michael Edelson, sees in Friedman a future legal titan. “He will ultimately be the leader here. He will become me.”

Now divorced, Friedman shares custody of his three children with his ex-wife. “I don’t sleep a lot,” he says. But he loves his cases — well, some more than others. “When the police find 20 kilos of coke in your client’s house and you’re trying to get it excluded, there’s no question who owns the cocaine. But sometimes I have clients I truly believe are innocent. That’s the most gratifying.”

Where: The Ritz-Carlton
When: October 29, 2014
Question: What’s the worst present you’ve ever received? “I can’t think of a bad gift — any gift is a good gift.”
Brian Greenspan, Greenspan Humphrey Lavine “A green bowl, as a wedding gift, that looked like a vagina.”
Lisa Pomerant, Barrister and Solicitor   “An oil painting of my Newfoundland dog.”
Justice Todd Ducharme