Operanation was a high energy event full of dance, photographers and a silent auction 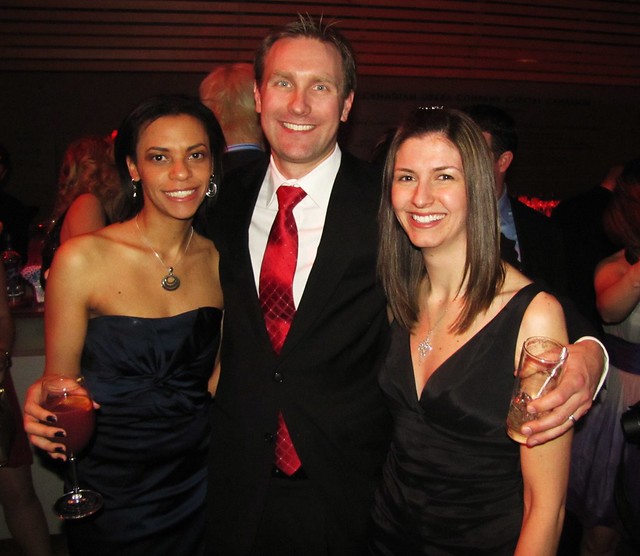 What: Operanation 6: Habanera
Where: Four Seasons Centre for the Performing Arts
When: February 26, 2010

The vibe was energetic at the Canadian Opera Company as it celebrated its annual fundraiser. Themed in honour of the vibrant and sensual Carmen by George Bizet, Operanation 6: Habanera was infused with a posh Latin aura as dancers roamed through the crowd treating revellers to sexy twists and twirls. Adding to the beautiful backdrop were some of Toronto’s finest dolled-up babes and suited-up studs creating a bountiful scene for the greatest number of photographers I have seen since TIFF.

For those who love to shop and donate at the same time, the event boasted an impressive silent auction featuring such beauties as a private screening, Fairmont hotel stays in Whistler and Banff, and a flight/hotel/golf getaway at Montebello. But by far the most endearing aspect of the evening was that even in the midst of a decadent fundraiser, on the second floor, where a lone TV was tuned to the vitally important Canadian men’s hockey game against Slovakia, partygoers flocked to the screen en masse – even filling the stairs to the third floor attempting to get a better view.

For some pictures of fellow lawyers out supporting the Canadian Opera Company check out the slideshow above.

Want to be on our website? Invite us to your party. Email us at chelsea@lawandstyle.ca.